Observing a Morning in Ortigia 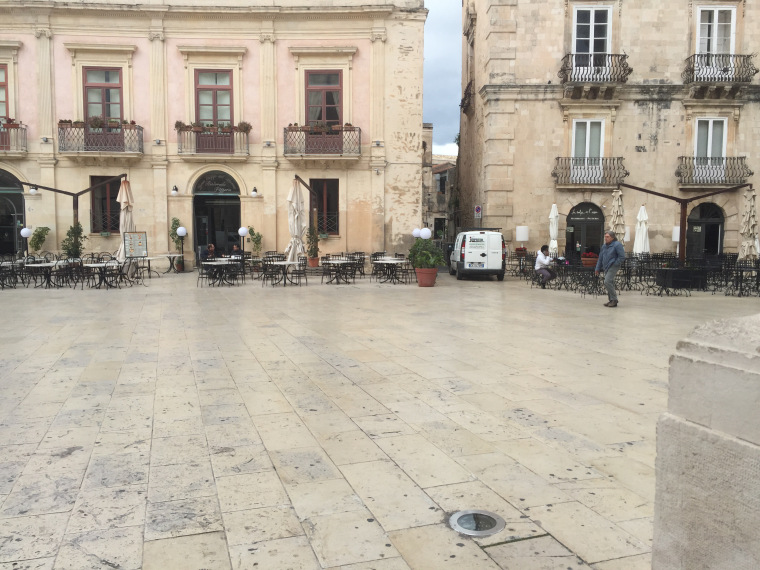 Piazza Duomo- Our first stop was Piazza Duomo at around 9:45. We sat on the steps in front of the church to observe the square. There were a couple of people sitting down at the outside seating for the caffes in front of us, but other than that there were not a lot of people that walked by. There was an old man that particularly stood out to me. He was walking fairly slow with a cigarette hanging out of the side of his mouth. The interesting thing about him was that he frequently looked up as if he was looking for something or someone. He looked lost. He turned around and walked back and fourth in front of us 2 times before we left. Sometimes I wonder what people are thinking or what is going on in their head. I noticed him, but did he even notice me? 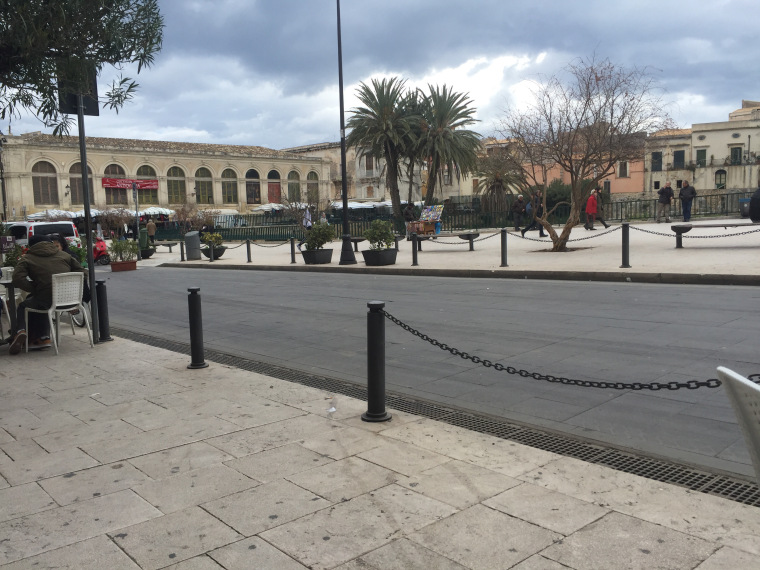 The second destination for this assignment was the Temple of Apolo. I grabbed a croissant and sat down to observe. I noticed the “old man cult” sitting to the left. The “old man cult” is a name that me and Mallorie gave to a group of old men that sit by the Temple of Apollo every morning and talk amongst themselves. Sometimes they say things to us when we walk by, but most of the time they all sit together to smoke cigarettes and probably talk about life. Another familiar sound I hear is the market sellers screaming for people to buy their fish or fruit. It’s loud but from hearing it so often I could tell you which voice went with which stand. The normal people were trying to sell all of the tourist sunglasses and selfie sticks from their wooden carts and most people were ignoring them as usual. It was different to notice that most people were walking past and not staying at the Temple of Apollo. It is a social place but not somewhere to meet up and hang out with your friends. It is a place where you meet your friends to go somewhere else. 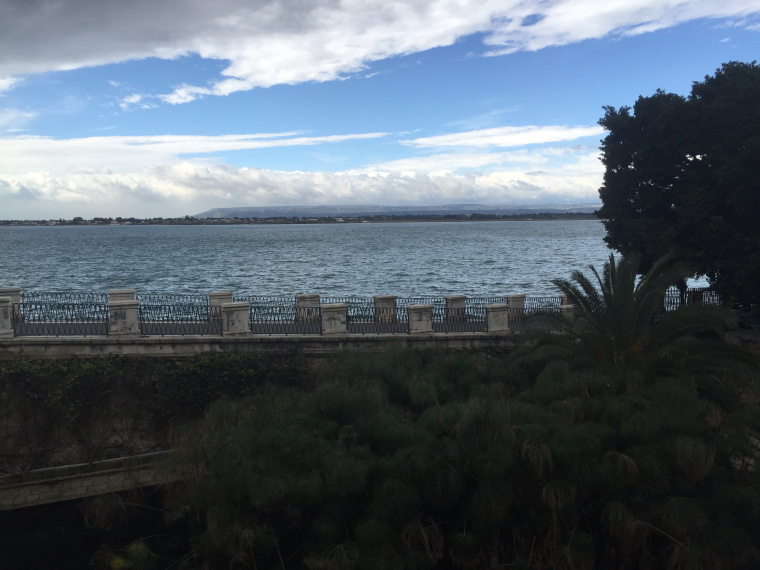 The wind was horrendous today. So at Fonte Aretusa there were not a lot of people around enjoying the beautiful view. There were plenty of constructions workers working on the building next to Cafe Ortigia. It looked quite difficult being on a ladder high up and trying not to lose your balance. Other than that, no one else was around this area. Lots and lots of cats but no humans. The workers at Cafe Ortigia were still playing their music loudly and seemed to be having a great time. It’s such a great thing to see, someone enjoying their job, being carefree, and happy. No matter what the weather.